The Housing Recovery Project (HRP) is pleased to announce that the Sixth Beneficiary List has been published and can be viewed on the following media:

Applicants are advised that there will be additional beneficiary lists published at later dates. Persons included on the list will be given an official letter following the expiration of the required publication period of two weeks. The HRP will also be issuing official letters to all unsuccessful applicants as the lists are confirmed.

The HRP Project Implementation Unit wishes to thank all project participants and would like to congratulate the successful applicants thus far. 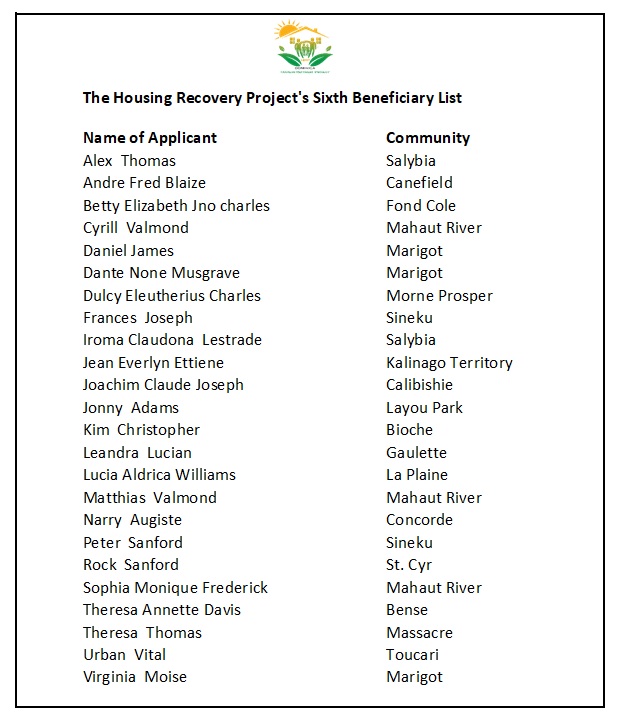